I came across these awesome brownies today while searching for sweet potato recipes!

You will have to try these as soon as possible. I made them right away. Fortunately I had all the ingredients on-hand except for the buckwheat flour so I substituted coconut flour. If you are not used to eating a raw food diet and not used to using other flours besides wheat, and sweeteners besides sugar, it may take a few brownies to get used to. When you can get past that, and savor each bite knowing that you are eating something really decadent and healthful, then this just might be your go-to brownie recipe from now on. We enjoyed every one in our house! They didn’t last long…

If asked what my favourite foods in the world were the list would be: sweet potatoes, dates, cacao, raw brownies and avocado. So it seems only natural to try and combine at least four of the five in some way to create something insanely awesomely, which is exactly what I did in these sweet potato brownies. I have to admit that when I made these I was beyond excited, like really way too over excited. I was jumping around a lot, making a lot of ‘mmmmm… delicious… wow… these are outrageous… can you believe it’ type noises! Anyway I was so excited that I told everyone that would listen about my new creation – but the response was a little mixed, most people seemed to think the idea of making dessert from a vegetable was too bizarre and maybe I’d taken my healthy baking a step too far! But I absolutely promise you that I haven’t and that you will adore these, it is impossible not to. They are the sweetest, gooiest, softest, most moist, chocolatey brownies ever. And even better they make you feel incredible as guess what they only contain six totally natural, totally unrefined, absolutely healthy ingredients! Sweet potatoes, almonds, buckwheat, dates, raw cacao and a little agave. How crazy is that! The mixture is also so heavenly that you will want to eat the whole thing with a spoon, seriously – just the mix of pureed sweet potatoes and dates is enough to send you straight to food heaven. It is unreal. Licking the bowl is also one of the highlights of being vegan as you don’t have to worry about getting sick from the raw eggs! Anyway I am so head over heels in love with this recipe and have so many plans right now for this mix of ingredients – they’ll be sweet potato muffins, scones, cakes and pancakes coming your way very soon!

Just because these taste insanely sweet and decadent doesn’t mean they’re not loaded with goodness though. Sweet potatoes are incredible: they’s bursting with nutritional goodness with all their antioxidants, and their anti-inflammatory properties, as well as being awesome blood sugar-regulators. Each cup contains an almost unrivaled amount of  vitamin A, with more than four times your daily need of this antioxidant boosting vitamin, which is essential for strengthening your body’s immunity against infection. Their bright colour also doses you up on anti-inflammatories which have been shown to reduce inflammation on the brain and nerve tissue. Each serving also contains lots of wonderful fibre, which gives each brownies a  ‘slow burning’ quality, meaning their energy is used up much more slowly than low-fibre carbohydrates – like normal brownies, so you’ll be fuller, more energised and more satisfied for way longer! So if you needed an excuse to eat brownies then here it is! They’re healthy! Don’t forget that raw cacao is also a superfood as it is such an insanely rich source of antioxidants, one of the best in the world, as well as being packed with a number of other beneficial nutrients: manganese, which helps oxygenate the blood; magnesium, which helps maintain healthy bodily nerves, muscles and bones; and sulphur, which builds strong nails and hair, and promotes beautiful skin.

Start by pre-heating the oven to 180C, then peel the sweet potatoes. Cut them into chunks and place into a steamer for about  twenty minutes, until they become really soft. Once they are perfectly soft and beginning to fall apart remove them and add them to a food processor with the pitted dates – this will form one of the sweetest, creamiest, most delicious mixes ever! Put the remaining ingredients into a bowl, before mixing in the sweet potato date combination. Stir well. Place into a lined baking dish and cook for about twenty minutes, until you can pierce the brownie cake with a fork bringing it out dry. Remove the tray and allow it to cool for about ten minutes – this is really important as it needs this time to stick together! Remove the brownies from the tray, leaving it another few minutes before cutting them into squares – then dig in and enjoy!

You’ll get my Free Guide, Five  Steps To Jumpstart Your Health Today downloaded to your inbox right away! 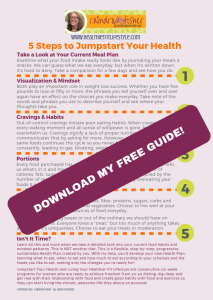 You’ll also get yummy recipes, along with tips, tricks and techniques for using whole foods and exercise to naturally spice up your life every month!

Protein breakfast for this large pileated woodpecker in northwest #lilrhody⚓️

A Little Taste of the Good Ol’ Grateful Dead

Always Open!
Please leave a message and we'll get right back to you!